Bratz: Go to Paris the Movie

Bratz: Desert Jewelz, (also known as Bratz Genie Magic 2: Desert Jewelz), is a 2012 American computer-animated film based on the Bratz doll line manufactured by MGA entertainment. Directed by Mucci Fassett, it is the 14th instalment in the Bratz film series and a direct sequel to Bratz: Genie Magic. It stars Britt McKillip, Britt Irvin, Maryke Hendrikse, Dorla Bell and Tara Strong reprising their roles from previous films, along with new additions such as Lenore Zann and Colin Murdock.

The Bratz — Cloe, Jade, Sasha and Yasmin — join their friend Katia at a fashion show in a far off exotic land. Quickly the fun turns into an adventure when the Bratz and their new BFF are whisked off the fashion show runway and onto a fantastic, magic carpet ride. This epic story stars Alia as the street thief whose noble but reckless quest for the lamp puts the Bratz and their friend in great danger. The Bratz must convince the hardened street thief that friendship and loyalty are the greatest treasure of all. With time running out, the Bratz need Alia's help in reaching the magic lamp before it falls into the hands of evil.

We are told the story of The Lamp of Eziz. Long ago, the lamp was inhabited by a powerful genie, who was freed by a kind master. He hid the lamp away so he would never be forced to return to it again. To return him to his lamp a person must first find the ring that controls the genies Magic Carpet. The magic carpet will transport the wearer to the Cave of Shama, where the lamp of Eziz lies in wait. Only the pure of heart may lift the lamp from the pedestal, bringing back the Genie to serve whoever awakens him.

Cloe, Sasha, Yasmin and Katia arrive in Morocco to support Jade in the final of the Future Top Designer contest. They unload Katia's magic carpet, which had been stripped of it's powers. Katia's father, Sebastian has given them the carpet to put into the Moroccan museum, but Katia plans to use it in the show before she hands it over.

For the shows final the girls attach the carpet to wires which will lift it into the air giving the illusion that they are flying. Meanwhile a masked figure breaks into the Moroccan Museum and steals a gold ring.

The thief, puts on the ring and summons the magic carpet to come to her. Cloe, Sasha, Jade, Yasmin and Katia are on stage at the time and are swept up by the carpet as it flies away. The carpet flies them out of the city walls to a cave in the desert where they meet the Thief of the Desert, Alia.

Katia refuses to give up the carpet and begins to fight with Alia. They are silenced by a man who introduces himself as Willard Charlat, a professor of Archaeology. He offers to buy the carpet from Katia but she refuses. When he goes to inspect the carpet he steals it and kidnaps Katia.

Charlat stops by a desert oasis to get some water, but the Desert Trader that lives there refuses to allow them to drink from the oasis. Charlat and Alia argue as Alia is upset that Charlat almost left her in the cave and Charlat is upset that she used the ring to call the carpet instead of letting him do it.

The girls try and navigate their way out of the desert. They receive a call from Sebastian, who has learned about the museum break in. He tells the girls to find the Cave of Shama and get back the ring and the carpet. They find the oasis run by the Desert Trader woman. She again, refuses to give them water unless they can give her something in return. She ends up trading dates and water for the girls jewellery.

On the magic carpet, Alia and Charlat once again argue. Katia acts naïve and asks Charlat how the carpet is able to fly. Charlat explains it's due to the magic ring and allows Katia to examine it. She grabs the ring from his finger and throw it into the sand. Charlat yells and the magic carpet crashes into the ground. Whilst Charlat is searching for the ring, Katia asks Alia why she stays with him.

Alia tells Katia she has no one else and explains the story of her family. When she was a child her father found a goblet in the desert. He gave it to Alia for her birthday. Later a man arrived and offered to trade two loaves of bread in exchange for the goblet. Although her family is hungry, Alia's father tells her it is her choice. She refuses to give up the goblet and the man leaves. In the night Alia hears her parents arguing and in the morning she wakes to find her goblet and her parents missing. She never saw them again.

Charlat finds the ring being guarded by a scorpion. He tries to convince Alia to grab the ring, but she refuses. He yells at her then kills the scorpion and takes back the ring. He steals the only picture Alia has of her parents, throws it into the sand and then rushes away on the carpet with Katia, leaving Alia to die.

After some bargaining, The Desert Trader agrees to give the girls two camels in return for Cloe's phone. They ride through the desert in search of the Cave of Shama and end up finding Alia. She runs from them but they corner her. They question where Katia is and although Alia knows she is being taken to the Cave of Shama, she does not know the way there. Knowing Alia will die if they leave her in the desert, the girls offer her a ride on their camel. Alia stubbornly agrees. The girls are nice to Alia but she ignores all their attempts at a friendship.

An earthquake causes the dry ground to split open beneath the girls feet. Cloe and Yasmin fall into a cavern. They are saved by Jade, Sasha and Alia, but the camel Cloe has affectionately named Lumpy falls to his death.

Charlat and Katia arrive at the Cave of Shama. Katia notices the door has the Crest of Eziz printed on it. Charlat puts the Ring of Eziz's over the crest, but nothing happens. After some frustration, Charlat throws the magic carpet against the door in anger. The door opens and Charlat drags Katia inside. They find the Lamp of Eziz on top a stone platform. Charlat tries to take the lamp, but it is stuck. He forces Katia to try and remove it instead. She refuses and asks him why her families crest is on the lamp. He tells her she must be a descendant of the lamps original Genie.

Cloe, Jade, Sasha, Yasmin and Allie reach the Cave of Sharma. As Katia is removing the lamp, she throws it to the girls. Charlat chases them but they outsmart him by throwing it to each other. Alia catches the lamp and Charlat tries to sweet talk her into giving it to him. She refuses, and rubs the lamp to summon the genie. Sebastian is transported to the lamp and appears in his genie form in the tomb.

Sebastian reunites with his daughter. He tells her after he grants Alia's wishes he must return to the lamp where he will be trapped for 2,000 years. Alia makes her first wish, she wants to know what really happened to her parents. The Genie tells Alia that when she refused to trade her goblet for bread, the trader waited until dark and came back to steal it. Her parents awoke and the trader killed them.

Alia wishes for her parents to be brought back to life, but the Genie tells her it is against the rules to bring someone back to life. Alia wishes to know who killed her parents and the Genie reveals it was in fact, Charlat himself. Alia wants to use her last wish to hurt Charlat, but Katia begs her to use it save her father instead as if she doesn't he will be stuck in the lamp for 2,000 years.

As Alia makes up her mind, Katia has a tearful goodbye with her father. After seeing this Alia wishes to set the Genie free. As Katia hugs Alia, Charlat attempts to steal as much as he can from the temple, but as he lifts up a gold podium it triggers a booby trap. The temple begins to shake and cave in on itself. The girls escape but Charlat, overcome with greed, stays behind to gather jewels and is crushed to death.

Outside, the desert trader meet them along with Lumpy who had survived the fall. Alia is happy to know the truth but upset that she is once again alone. Sebastian offers to adopt her and she agrees.

The Bratz Girlz return to their fashion show along with Alia and Katia. They celebrate being safe and having a new friend. 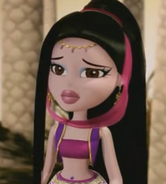 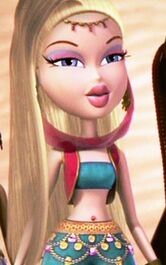 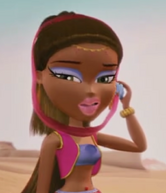 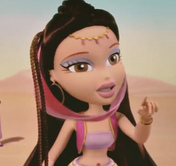 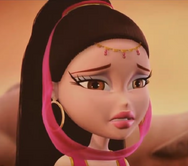 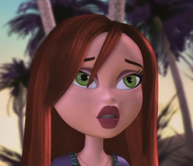 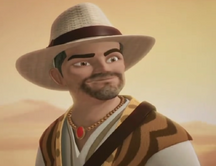 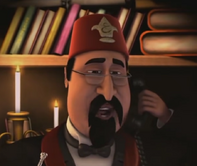 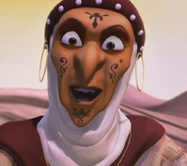 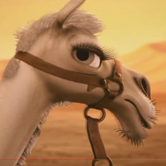 A line of dolls inspired by the movie was released in 2012. 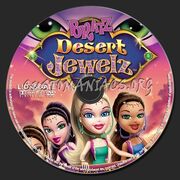 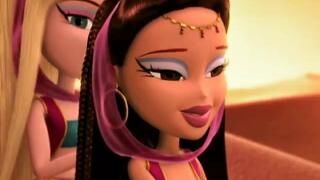 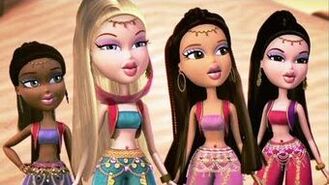 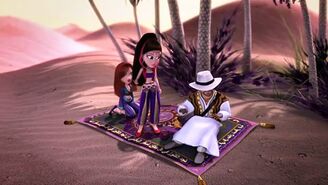 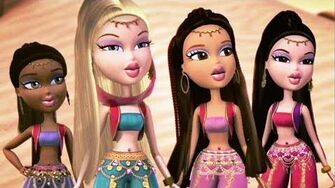