Bratz: Girlz Really Rock is a video-game based on the movie of the same name.

"The Bratz are hotter than ever! Join them as they prepare themselves for the upcoming talent competition. Practice rocking out, perfect your dancing moves, and get ready for the Bratz performance of a life time!"

"The Bratz Girlz take the spotlight as they head to camp starshine where acting and dancing get your name in lights. When they discover that campers put practice before fun Yasmin, Sasha and the rest of the gang try to liven up the party. Even the most serious ballerina Anna, finds that hanging out with the Bratz girlz really rocks! But things get shaky when they learn that the winner of the camp showcase gets to star in a Hollywood movie. Each goes solo hoping to win the spotlight for herself. Only when the evil Madame Demidov tries to sabotage the show do the Bratz girlz rejoin to show that compeition can never outshines real friends. No one is going to mess with their BFFs! Come spend the summer at a camp where the music, dance and fun really rock!"

"The Bratz are out of Stilesville and attending Camp Starshine, a summer camp for the most talented students of the performing arts! They meet Anna, a lonely ballerina who has dedicated so much of her life to dance that she has missed out on fun and friendship. When Anna has a crisis of confidence, her new friends are there to rally around her, helping her create a performance for the end of camp showcase that no one will forget!" 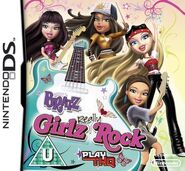 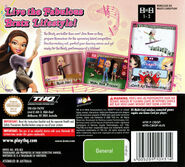