Bratz: Makin' The Band was a cancelled Bratz themed reality show and movie that was planned for a 2011 release.

A teaser trailer for the show was supposedly leaked by Morgan Mendieta, a video editor hired by MGA Entertainment in 2011.

The concept was an online talent competition reality show, in which Bratz fans will form bands and compete via the Bratz YouTube channel. The winner would receive electric guitars.

The show was later turned into the Bratz: On The Mic competition.

The teaser for the TV show also confirmed a movie named Bratz Makin' The Band would be released alongside the TV series. The movie was cancelled before production could begin and only concept art exists.

Tony Weinstock, an art director who pitched the film (along with Jack Sy and Larry Quach) wrote a blog post about the films concept and plot.

"A couple years back, I was asked to work on a pitch for a Bratz animated movie. Bratz had been below the radar for a little while during the legal battles with Mattel, and this was one avenue that was being explored to bring the franchise back. The story idea was centered on the makeover genre. The protagonist would start out as the "ugly duckling", but after becoming friends with the Bratz girls, she would find her own unique style and emerge as a stylish and confident "swan." Together, with Jack Sy and Larry Quach, we were able to create a fair amount of work in a very short amount of time."[1]

The known characters are as follows 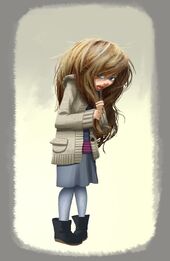 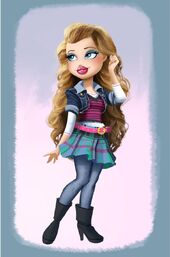 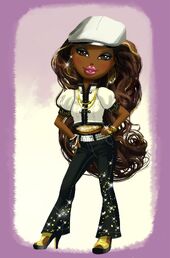 "The Leader" designed after Sasha 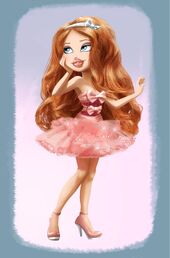 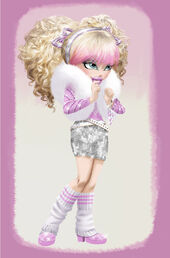 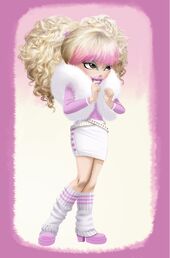 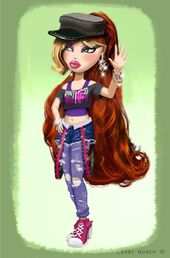 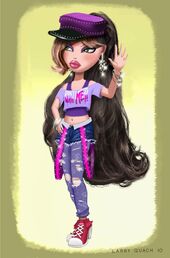 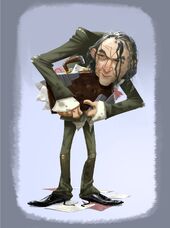 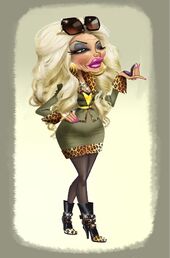 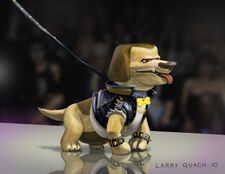