Bratz: 4 Real is a video game adaptation of Bratz: The Movie released to the Nintendo DS and Microsoft Windows on November 5, 2007. The game was developed by Barking Lizard Technologies and was published by THQ.

"The Bratz are excited about their first year of high school, but all the students are stuck in cliques! Relieve the coolest moments from first-ever feature film as the Bratz help unite all the students in one fabulous talent show act."

"The Bratz are excited about their first year of high school! However, Meredith, the conniving school class president, formulates a plan that splits up the girls and the entire school into different cliques. But the Bratz aren't so easy to defeat. They decide to collaborate in order to break up the cliques and teach them that they are more than who they hang out with. The Bratz unite all of the students in one fabulous act to compete in a talent show that will bring everyone together and help them to overcome each others differences."

"The Bratz are in their first year of high school! They're going to be the most fabulous friends ever to grace Carry Nation High School! But the school class president has different plans and breaks up the Bratz girls into designated cliques. The girls want to find a way to bring all the cliques in the school together...and what better way than through a fabulous talent show!" 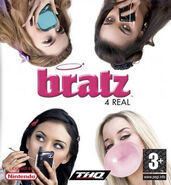 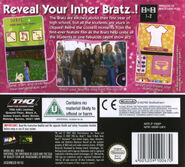