Bratz Babyz Save Christmas is a 2008 American computer-animated film based on the Bratz Babyz doll line manufactured by MGA entertainment. Directed by Mucci Fassett and Phil Weinstein and written by Karl Geurs, it is the 12th instalment in the Bratz film series. It stars Britt McKillip, Britt Irvin, Maryke Hendriske and Dorla Bel reprising their roles from previous films, along with new additions such as Betty Phillips, Peter Kelamis and Laurie Brunetti.

The Bratz Babyz are back and cuter than ever in this delectably sweet Christmas adventure about the power of friendship and positive attitude! When a trip to the mall with Gran leads to a shocking discovery that Santa won't be able to "deliver" this Christmas, the Bratz Babyz take matters into their own hands and work together to save Christmas!

Cloe, Jade, Sasha and Yasmin spend a week at their babysitter, Gran's, house after their parents go away on a snowboarding trip. The day the girls are supposed to go home, their parents call to let me know they're stuck in a snowstorm and don't know when they'll be back. The girls are upset but Granny promises Christmas will be just as good without their parents. They make cookies, wrap presents and put up Christmas decorations.

Granny decides to take the girls to the local mall to visit Santa. At the mall a kid named William demands to see Santa but is turned away due to it being Christmas Eve. Max, the actor playing Santa, is shouted at by his boss. He was supposed to rob a car, but he kicked his tire in anger after sitting on his assistants, Ralphie and Reggie's chocolate cake. As a result he missed the car and now owed his boss the money he'd lost.

Max dresses up as Santa and begins talking to kids. William confronts him angrily about only getting underwear last Christmas. Whilst Santa is seeing to the kid, Ralphie and Reggie sneak through the crowd and pickpocket the parents. However they mostly steals toys for themselves and only get a few dollars in cash which angers Max. In his frustration he tears up the last wallet which had over a thousand dollars inside.

When Cloe, Jade, Yasmin and Sasha arrive at the mall they find Santa has left. They spot Max running away, and chase after him, believing him to be the real Santa. On the way they meet Zachary an orphan who never gets any nice Christmas presents. They promise when they find Santa they will ask him to bring Summer House (the orphanage) good presents.

They find Max, but overhear him talking on the phone to his boss about not being able to deliver in time. Mistaking this call to be about presents, the girls begin to cry. Granny takes the girls home and decides to surprise them by dressing up as Santa. However she gets stuck in the chimney and then falls asleep.

Cloe, Sasha, Jade and Yasmin take an electronic sleigh and ride it for the North Pole Toy Shop. They meet the Head Elf and requests job as Elves because they want to help Santa make Christmas magical. At the toy shop, Max sends in Reggie and Ralphie to distract the girls whilst he steals a car full of money.

The Head Elf puts Reggie, Ralphie, Cloe, Jade, Sasha and Yasmin through a series of tests to see if they'd make good elves. The challenges include tree decorating, making snowflakes out of paper, baking cookies and wrapping presents. He then takes them to visit the reindeer. Whilst the Head Elf is visiting the reindeer, Max sneaks in to steal the money, but is spotted by the girls who mistake him for Santa.

He tells the girls he is late to deliver presents and rushes away in his stolen car. On his way out he is stopped by the police and arrested. Milly, the police officer, explains to the girls that Santa is a crook and going to jail. The officer tells the girls to hide in the barn house, but then locks them in while she runs away with Max, revealing herself to be his boss. Reggie and Ralphie decide to leave Max and stay with the girls, choosing Christmas over money.

The girls escape the barn and chase after Max on reindeers. Whilst chasing him they fall into a cavern but are saved when their reindeers take flight. After being attacked with yo-yo's, Milly and Max fall from the car and are arrested by real police. Max tries to get Ralphie and Reggie arrested, but the Head Elf defends them, telling the police they are his employees.

The girls return home safety. The Head Elf takes the money and the car and donates it to Summer House. Santa arrives to hand out presents and the girls receive a call letting them know their parents are coming to get them. 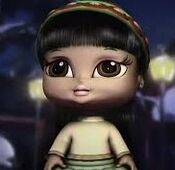 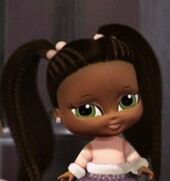 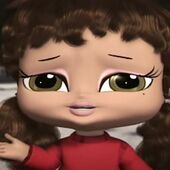 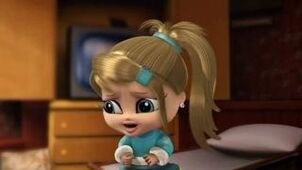 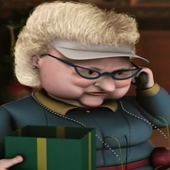 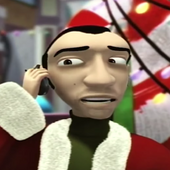 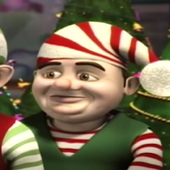 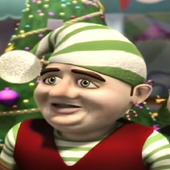 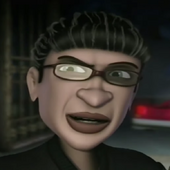 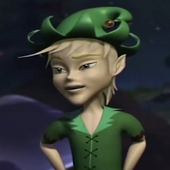 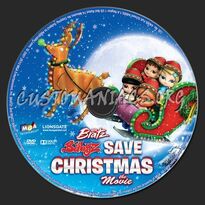 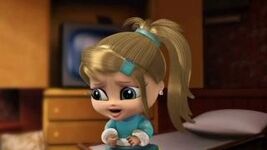 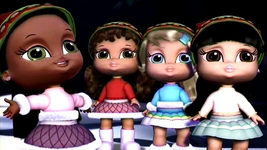 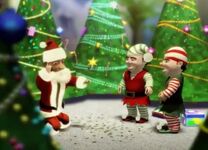 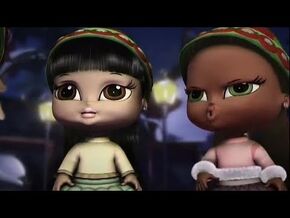