The Bratz Kidz (Yasmin, Cloe, Sasha and Jade) promise their principal they'll put on a fairytale play for the kindergartners. Yasmin is Cinderella, Cloe is Rapunzel, Sasha is Little Red Riding Hood and Jade is Snow White. The Bratz Kidz think they can do better than the original story. A frog overhears this and takes the girls to Fairytale Land where the girls have to do better than Snow White, Little Red Riding Hood, Rapunzel and Cinderella or they'll be stuck in Fairytale Land forever.

Cloe, Sasha, Jade and Yasmin are rehearsing for their school play, but none of them like their characters, finding them naïve, brainless and boring. The girls argue that if they were in the position of their characters they would've done things differently.

A talking frog appears in the drinking fountain. He tells them 'The Keeper of Fairytale lore' is disappointed by their criticism and tells them the stories must be passed down to their own children or the characters from the stories will cease to exist. He introduces himself as Chadwick, a prince who was turned into a frog by The Keeper after he insulted his work.

Chadwick transports the girls into Cloe's fairytale book. He tells the girls they have 24 hours to enter into the stories of which they are dressed and lead them to a happy ending. If they succeed, Chadwick will turn back into a prince and Cloe, Jade, Sasha and Yasmin will be transported home. However if they fail, Chadwick would stay as a frog and the girls would be trapped in the book forever.

Chadwick transports Cloe, who’s dressed as Rapunzel, to the witches tower. Rapunzel attempts to escape the tower but the stairs leading down never end. Eventually she manages to escape by using her hair to climb out the window. Stevie, the castles guard crow, is alerted to her escape. He flies to tell his owner, The Witch, who had just turned Goldilocks into a tree stump as punishment for stealing from her.

Stevie tells the Witch about Cloe's escape. She flies to the castle and finds Cloe trying to cut her hair free. She threatens to turn Cloe into a tree stump if she doesn't return to the tower. Cloe reluctantly goes back inside. The witch reveals this is Rapunzel's 33rd escape attempt. As punishment she forces Cloe to play a game of checkers with her.

Sasha, Jade, and Yasmin find Goldilocks' stump in the woods. She points them in the direction of the tower.

Chadwick attempts to help Cloe escape the tower, but it fails when Cloe is unable to use the witches magic wand. Chadwick is swept up by Stevie and The Witch decides to cook and eat him and Rapunzel. She dangles Rapunzel and Chadwick over a cauldron of boiling soup. Sasha, Jade and Yasmin arrive just in time. They steal the witches broomstick and free Cloe. She manages to get the witches wand and tosses it into a fire along with the broom.

Since Cloe has beaten Rapunzel's villain, it's Jade's turn to finish Snow White's story. She’s teleported away into a dark section of the woods where she’s being hunted by the royal huntsman. She finds a cottage and lets herself inside. She meets the Seven Dwarves, who are part of a boy band called the '7 D's'. They have plans to perform at the Prince's ball and expect Jade to clean and cook for them because she’s a girl. Jade is angry, but they tell her she either cleans or leaves.

The Wicked Queen asks the magic mirror who the fairest in the land is and is furious when it once again tells her it’s Snow White, not her. Snow White agrees to be the Dwarves maid, but when they hand her a pile of socks that haven't been washed in 3 weeks, she decides she's had enough and marches back into the forest. There she comes across a bunch of grapes poisoned by the Wicked Queen. Luckily she's saved by Cloe, Yasmin and Sasha before she has the chance to taste the fruit.

The Wicked Queen begins to chase the girls. They run into the Witch, who joins the chase. However, the Witch and the Queen end up fighting over Cloe and the girls push them into a well.

Next, Sasha is teleported to Red Riding Hood's grandmothers cottage. She finds the Big Bad Wolf dressed in her grandmother's clothing hiding in her bed. He attempts to tempt Sasha to come give him a hug but she refuses. He attempts to eat her but Yasmin, Cloe and Jade arrive and save her. They hide up an oak tree, but the wolf follows them into its branches. They shake the tree until he loses his balance and falls into a well.

Finally, Yasmin is teleported into Cinderella's home. Jade, Cloe and Sasha set off to find her. They find Goldilocks and Rumpelstiltskin who has been turned into an onion by the Witch. They point them in the direction of Cinderella's castle. Meanwhile, The Wicked Queen, Witch and Wolf escape from the well and decided to team up and take down the girls together.

Cinderella's stepmother, Madame Snootsville, forbids her from going to the ball, but when Yasmin says she has no interest in going anyway, she forces her to attend. Their carriage breaks down on the way to the castle and they blame Cinderella. Yasmin leads them through the woods to Goldilocks, who tells them the prince turned her into a stump after she refused to sign a prenup. Cinderella's stepmother is disgusted and takes Mindy and Sharon home, leaving Cinderella in the woods.

The girls celebrate, but Chadwick tells them she must finish Cinderella's story. She tries to call her fairy godmother, but accidentally ends up summoning her fairy cod mother after coughing whilst saying her name. A giant fish appears, but struggles to breathe without water. Yasmin quickly corrects her wish, and her fairy godmother appears. She gives Cinderella a beautiful ballgown and glass slippers. Suddenly the Witch, Queen and Wolf appear in the woods.

Cinderella quickly asks her Godmother to turn Goldilocks and Rumpelstiltskin back into their human forms before rushing off. The Fairy Godmother does so, and Goldilocks and Rumple in their new human forms attack the Witch. Meanwhile after getting lost in the woods trying to capture the Bratz, the Big Bad Wolf grows hungry and decides to eat the Wicked Queen instead.

The girls steal some horses and ride to the palace, but the guards refuse to let Yasmin inside without Madame Snootsville. The Big Bad Wolf arrives at the castle and begins attacking people. He captures and attempts to eat Sasha when Yasmin hits him with her glass slipper, knocking him out. Prince Charming finds the broken glass slipper and weeps at being unable to find who fits it. The palace guards tell them who it belongs to and he sets of to Madame Snootsville's home to find Cinderella.

With their stories finished, Sasha, Jade, Cloe and Yasmin are transported back to their school. Chadwick turns back into a frog prince and disappears. The girls meet up with their principal Mr. Grimm who they realize is both Chadwick and the Keeper of Stories. They perform their play and to a round of applause. 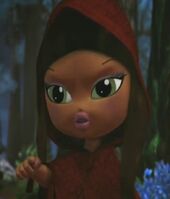 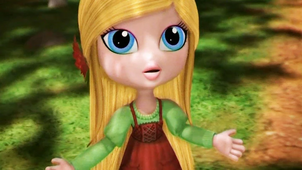 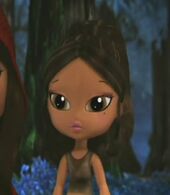 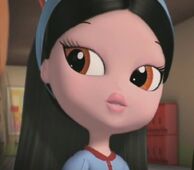 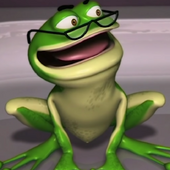 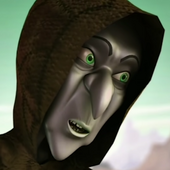 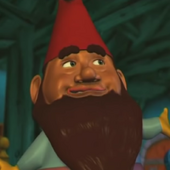 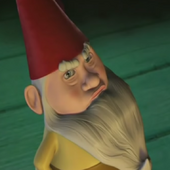 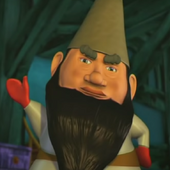 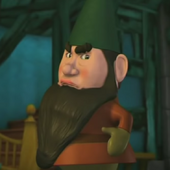 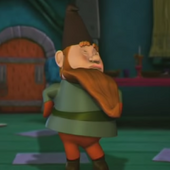 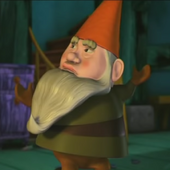 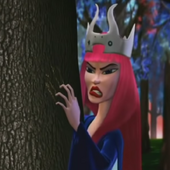 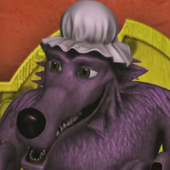 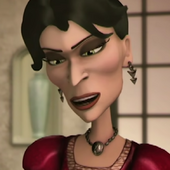 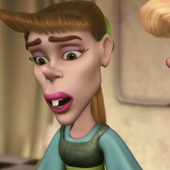 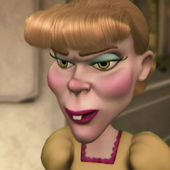 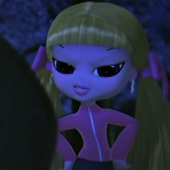 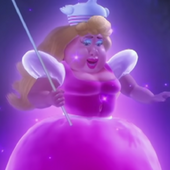 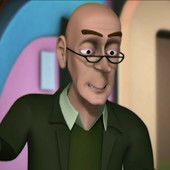 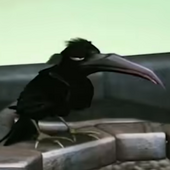 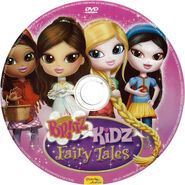