Cade, known as The Viper by his friends, is a Bratz Boyz character that first appeared as a doll in the Motorcycle Style line and on screen in the Bratz: Starri' & Stylin' film.

Cade lives in Stilesville and attends Stiles High. He apparently goes on trips a lot, as he is often absent from books and magazine because he's traveling or on exchange programs.

Cade has dark brown hair, brown eyes and tanned skin. He is sometimes produced with blonde hair which is most likely dyed.

Cade regards himself as being slick in sticky situations and appears to have a somewhat rebellious spirit. He is loyal and protective of his friends, but often acts on impulse.

Cade sits cuddled up to Cloe in Flashback Fever promotional images featured on the boxes. They also featured in a Bride & Groom set together. 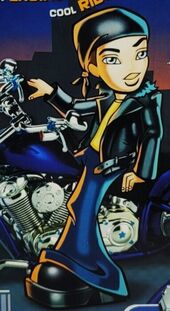 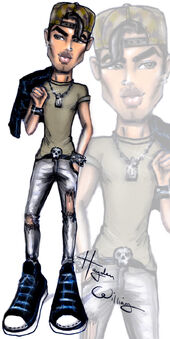 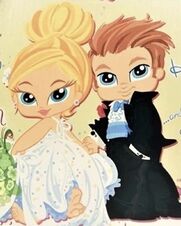