More adventures with hip chicks Jade, Cloe, Yasmin and Sasha. This time, the girls feature in an interactive DVD storybook, with the viewer able to choose what the fashion-conscious girls do next, either putting on a show, creating a new music video, or deciding the format of the yearbook. With two to six distinct paths at each choice point, there are a multitude of possible scenarios.

Sasha meets Dylan in a music shop where he is playing some new records. Cloe is at home painting a mural on her wall when she receives a phone call from Sasha asking where she is. They laugh about both being late.

Yasmin is meditating when she is interrupted by her Yoga instructor who tells her her hour is up. Yasmin realises she is late and rushes around collecting her stuff. She calls Jade, who almost drops a pile of presents she is carrying.

Sasha, Cloe, Jade and Yasmin meet up at the Bratz magazine office. The girls are excited to celebrate the new school year.

On the first day of school Cloe looks at the notice board and finds out there are no singing, dance or drama clubs. She goes to the principal's office and confronts him about the lack of creative extra curriculars. The principal gives her permission to put on a show.

In biology class Cloe shares the good news with her friends. They discuss what kind of show to put on. The decision is up to the audience.

Cloe runs rehearsals with help from Yasmin, Sasha, Jade, Cameron and Dylan. Cloe is stressing out about the shows outfits but when Jade shows off her Genie Magic outfit, Cloe agrees they should all wear outfits like it to the show.

Backstage on the day of the concert Cloe gets overly excited and knocks a drink onto the lighting board, frying it. They find torches and perform the show in the dark with their torches as their guide.

Back at their magazine office, Yasmin is shooting the girls dancing for her video yearbook. They decide to shoot some music videos for their band. The audience isn't given the choice of which video they shoot first. The options All Together (Jade's choice), Me & My Girls (Yasmin's choice) or Sasha and Jade's options (unknown at this time what they are).

At Cloe's apartment, Yasmin shows Cloe a lamp she brought at an antique store. They think the lamp has magic powers and decide to rub it to see if a Genie comes out. The audience gets to decide who rubs the lamp.

If the audience chooses Yasmin, she wishes to interview Stung. Stung is a singer, who famously does not give interviews. She empresses him with her yoga skills and he agrees to let her interview him. Yasmin's second wish is to be a world famous director who win the best director award for her movie Stiles High.

(It is unknown what Cloe's three wishes or Yasmin's third wish is at this time).

Cloe, Sasha, Jade and Yasmin go to the recording studio to record Bratzline with Cameron's help. Bratzline is a helpline where people can call the Bratz about their problems and get advice. The audience chooses whether Jade, Sasha or Cloe gets to make the first phone call.

If the audience chooses Sasha the first callers are Tracy and Jennifer. The audience chooses which one they want to talk to. Jennifer asks Bratzline how to be more put together, to which Sasha tells her to keep everything organised.

Yasmin does a quiz with the audience and the results tell the audience which member of the Bratz pack they are the most like.

The girls return to the magazine office. The audience has the choice to shoot pictures for either the magazine, their album cover or press release for their show. After the shoot they decide to take a break with some smoothies. Sasha tells the girls her plans to throw an outdoor concert to launch their next hit song. Yasmin suggests they make it a benefit concert for the local animal shelter. The girls celebrate their new plan. 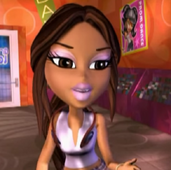 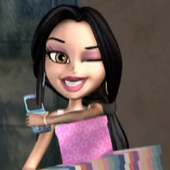 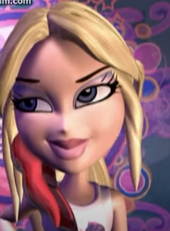 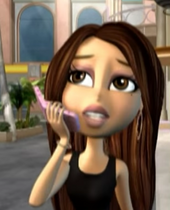 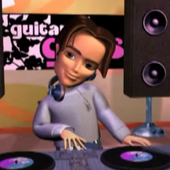 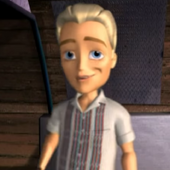 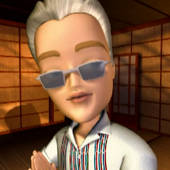 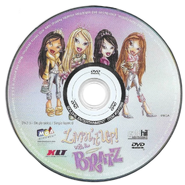 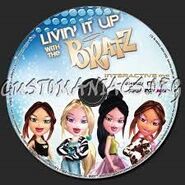 Check Out: Livin' It Up with the Bratz/Extras 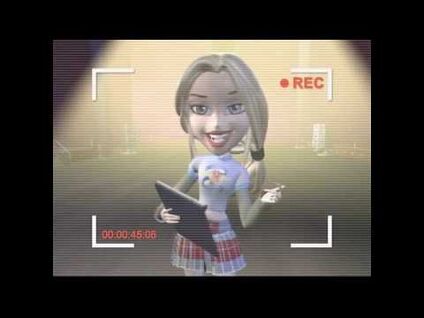