Sashay is a Ponyz character first introduced in the debut line of Ponyz dolls.

Not much is known about Sashay. According to the advert of the first Ponyz line, Sashay belonged to Sasha when she was a baby.

Sashay is a black pony with grey and white (sometimes blue) hair and light blue eyes.

Sashay is best friends with Bonita, Pursia and Celeste, the core members of the Ponyz pack. She is good friends with Adara, Ambrosia, Brynesse and Carmelina who she helps in Bratz Ponyz 2. 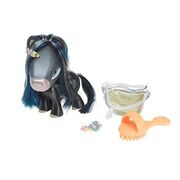 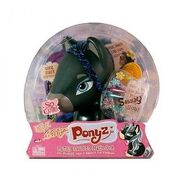 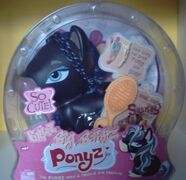 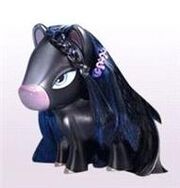